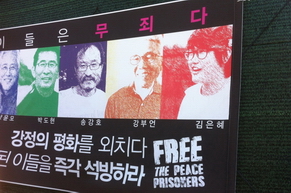 Tolerance and Freedom of Religion

The Anabaptists of 500 years ago were highly critical of the church and its close cooperation with political power. Consequently, many Anabaptists refused to participate in wars or swear oaths. Adult baptism was a further expression of this conviction, ensuring that the only church members would be Christians of conviction. To opponents of Anabaptism these ideas posed a great danger to the cohesion of society, and the Anabaptists faced severe persecution.

Over time this opposition relaxed. Mennonites were no longer persecuted in all parts of the German Reich, although they were obliged to celebrate their church services in private rooms. They did not enjoy the same freedoms as others, and they tended to settle in those areas where they were tolerated, though with severe restrictions by political rulers.

Equal rights for all

Their own painful past experience was a crucial reason why early Mennonites called for religious tolerance and religious freedom. This liberal philosophy has remained an integral part of their congregational mindset in northern Germany. A well-known Mennonite who advocated for these values politically was Hermann von Beckerath (1801-1870), He  was elected to the parliament in the first German national assembly of 1848 in Frankfurt and served briefly as finance minister. He pleaded in favour of equal rights for Mennonites, who until that time still did not possess all the rights that other citizens had. In exchange, he asked his fellow Mennonites to accept the duty of military service. In order to guarantee full religious freedom and citizenship, he was willing to sacrifice the principle of nonresistance (conscientious objection).

After WWII it took a long time before Mennonites in northern Germany returned to their stance of nonviolence. In 2009 the Union of German Mennonite Congregations adopted the ’Declaration on Just Peace’. The freedom of religion and of conscience that Mennonites formerly demanded for themselves is now something that they acknowledge for all members of their congregations. They also speak out publically, so that this same tolerance might be exercised toward all other religions and creeds.